This is the new Womb Gallery, a project of Wayne Coyne's (Flaming Lips), just off North Broadway. This is cool. 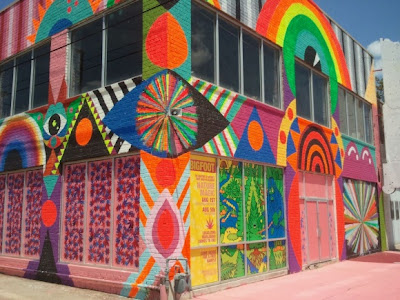 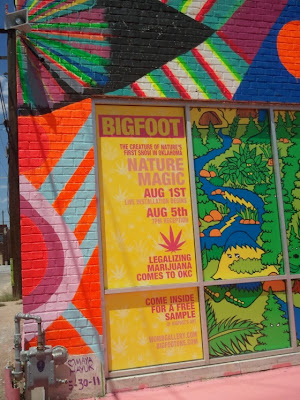 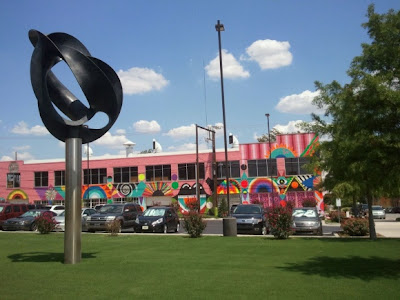 How on earth was this allowed?
Posted by NR at 3:34 PM No comments:

Tom McDaniel is a class act 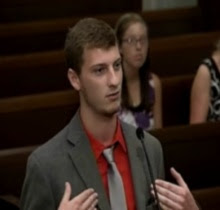 I was just going over some of the footage of me speaking yesterday (wish I could somehow cut a video out of here) to the MAPS3 Oversight Committee, and aside from the usual cringing at an occasional awkward word, I was really struck by how gracious and nice the chairman of that board, Tom McDaniel, is. There's just somehow that he really makes people feel nice, and even though the comments I had were somewhat critical and urging a point of view, he makes you feel very appreciated just for taking your time to voice your opinion.

That's cool. I wonder why more people don't do that? Speak your mind, even if you are critical, and then get verbally rewarded by Tom McDaniel. Sounds like a good deal to me.
Posted by NR at 3:01 PM No comments:

My apologies for how posting has slowed down so much, basically I am still adjusting to coming back from Europe, and I am also waiting on my camera to arrive by post (I left my nice camera over there). But I did manage to make it to the MAPS3 Transit/Streetcar subcommittee meeting today.

I can't say it was all that eventful of a meeting, honestly. They did accept a report, rather than receive it. Apparently there is a very important distinction here. This is the kind of mundane, mind-scraping technicalities that the real public servants have to go through. This is what makes it harder to really serve (effectively) on these committees rather than just sit on a blog and criticize every move.

Some details emerging so far:
The hub will be a 3-phase project, and in total, it will cost around $125 million. This is just for the hub facility alone. The building itself, the Santa Fe Depot, will cost $2.5 million, and then it will probably cost another $2 million to renovate, according to one of the consultants, when asked. The bulk of the cost is in Phase 2 which will ready the station for Amtrak and commuter rail service--Amtrak preparations will cost $50 million alone and it is unclear how much of this can be covered by other levels of government, but I would assume a lot of it.

Consultants also spoke of how keen Norman was on the idea of commuter rail. The thing is that Norman is perhaps the most progressive city in Central Oklahoma, and has been highly supportive of transit issues in the region for a long time. A few years ago they even wrote a resolution against the destruction of the Union Station railyard, and that was at the behest of Tom Elmore, who even OKC's most ardent transit enthusiasts have distanced themselves from--despite that he does know his stuff. Norman has its own nice downtown that transit can be a catalyst for.

Those who stuck around were shown a tour of the Santa Fe Depot after the meeting, which began right after most of the MAPS3 Transit Subcommittee had finished jay-walking across E.K. Gaylord. It goes without saying it is a beautiful old building. Jill Adler, one of the subcommittee members, had a really awesome idea of somehow commemorating the former black-only waiting room in a way that memorializes OKC's civil rights history. I hope that happens.
Posted by NR at 11:49 PM 1 comment:

We are a state that leads in transportation

--According to Bobby Stern, the executive director of the Oklahoma Association of General Contractors. I kid you not, read his op-ed column published by the Oklahoman. Apparently Fallin, Inhofe, Langford, and Cole are leading our state in transportation similar to the 1992 USA Olympic team. I need to get in contact with him regarding whatever he is smoking.

FACT: Oklahoma has the 2nd-most miles of bad roads in the nation.
FACT: OKC has the worst public transit of any major U.S. city.
FACT: Oklahoma leads the nation in diverting transit funds to other places.
FACT: Oklahoma doesn't invest jack squat into public infrastructure.
Posted by NR at 8:26 AM 2 comments:

Back in Sweden for a week before coming back to good ol' OKC. It will be interested to see how surprised I am by all the changes that have happened in OKC. Will definitely need to plan a day to spend in the new Myriad Gardens. But what I miss the most are the restaurants and diners that serve up that extremely greasy and fattening food that Okies are known for.

God I just want some good food. Hideaway Pizza with ranch sauce, a Nic's burger, a chicken fried steak from Anne's, some 'que from Iron Starr, and so on. This is what is on my mind. Can you blame me?
Posted by NR at 8:11 AM 2 comments: