Core2Shore is in need of changes

Core2Shore was a planning scheme developed in 2005, 6 years ago, before many things which have already become reality were even thought of back then. Back then the Myriad Gardens was a scraggly collection of rusty old botanical gardens surrounded by bad development on all sides. One of those main things that have become reality is a Myriad Gardens that is far better than anyone could have imagined, with Devon Tower on the north side of it, and land that is very much in play on the south side of it. So yes, things have changed regarding the park situation.

It seems like the C2S park should either be replanned or re-proposed somewhere else. But we're already committed to the current site, having acquired and razed almost all of it for the development of the new park. We have a mayor who is still very committed to it opening along with the new boulevard, but even if the boulevard isn't moved back (unlikely), even if we started the park right this moment, I still don't see how it could be finished properly by then. And then there would be sequencing issues that would make it impossible to find a winning strategy--this is because the downtown Ford dealership site was selected for the convention center. Do you start with the park first, then leave the future convention center site empty? Then you have a huge empty parking lot in between the two parks for a pretty long time (5-8 years probably). Or do you start with the convention center and just completely bump the park? That doesn't sound very good, and then you still have delayed how quickly private development can materialize in C2S, needing that park as a catalyst. And then no matter the timing, the two parks will be in competition with each other, at least directly for revenue stream opportunities.

So we do need to take a step back, but I am not going to advocate to move it to the end of the timeline (a spot that I still feel needs to be occupied by the convention center), but I do recommend taking a pause and coming to some quick and decisive conclusions. Yes, that is possible. Maybe the park needs a year or two to be reformulated, and should probably be moved behind a few other projects. Honestly, I didn't think the city knew what it was doing with this park in the first place. Allow me to make my point.

To a real park: 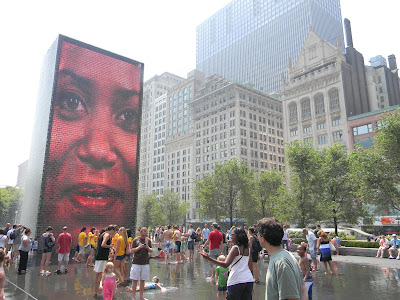 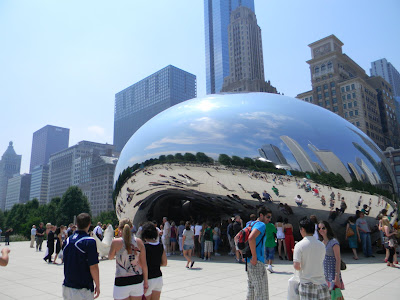 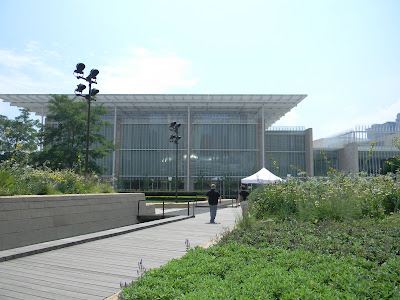 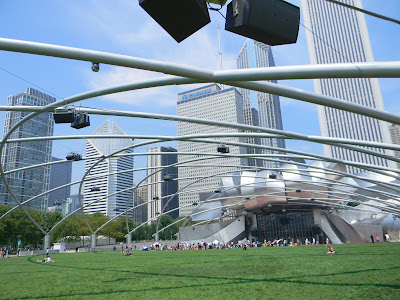 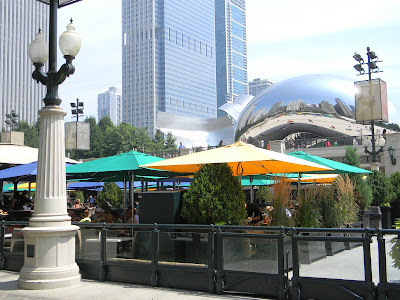 These are pics that I took last time I was in Chicago, at the amazing new Millennium Park. By comparison, I don't even know what OKC is trying to do with this park. What it seems like we're trying to do is a low-budget imitation that is basically a monument-free park. The funny thing though is that when it comes to parks like Central Park or Millennium Park, it's these monuments that amaze people and attract millions and millions of visitors a year. So why should we skip that part? If we're going to spend $120 million on a park it needs to get us more than some land, some flower gardens, and a lame ring-monument thing. There is zero wow-factor here whatsoever. The Myriad Gardens would make a stronger impression than this.

I also simply don't understand how MAPS3 and Core2Shore is starting to come together. A convention center in between two urban parks? Really? I think in 20 years we will be seriously scratching our heads about why we did that one. It makes so much more sense to connect the two parks somehow, and a convention center, while nice, is probably not the best way to do that. No joke. 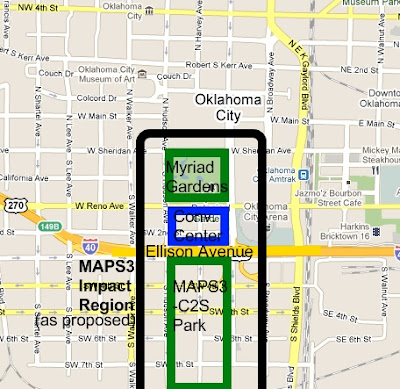 This needs to be overhauled. I think it needs to be completely rearranged in a way that draws more on the new things that have been added. I'm not even talking about all of downtown, I mean just this small area centered around the proposed convention center site. New things that we know now are..

The downtown elementary school: We knew it would be the last MAPS for Kids project, but we didn't know where it would be. Turns out it will be closer to the rest of downtown than Core2Shore.

Devon Tower: Hard to not see how this one revolutionizes the game.

Film Row resurgence: Who would have ever thought Skid Row might come back? And there's another one along SW 3rd that could also have huge potential for historic preservation.

Cox Center: There appears to be a really strong consensus for tearing it down in the coming years and returning it to the street grid, "extending Bricktown" into downtown, and creating a new pocket district here.

Transit hub: We know this will tie the city's transit system together on the site or adjacent to the Santa Fe Depot.

Downtown boulevard: Right now we know it will be the width of NW Expressway at Council (insanely wide) BUT we also now know that the city can appeal this. It has to be done with the Federal level, but that's okay. The city will now do this.

Rest of downtown: We are now slowly realizing that we still have a LOT left north of the current I-40 that needs to be filled in first, and there is a strong consensus to try and get downtown areas like Deep Deuce and Bricktown "finished" before moving on to focus on another new area very removed from these areas.

Enter my proposal for the project: 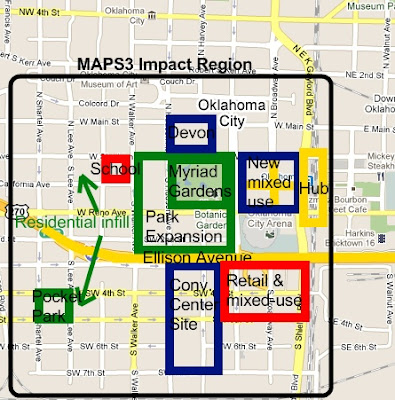 We can invest our resources into one super-awesome park that can truly put OKC's best foot forward in every respect. This creates potential landmark frontage to anchor the new boulevard as well, which I can't stress enough, CAN be changed if there is a will to really do it. There are also some awesome opportunities in this new super-park that wouldn't exist without just expanding the Myriad Gardens to the south and west. First of all, there is the opportunity to still have Reno and Hudson continue (just very narrowed) through the new park. Having a thoroughfare cut through a park can be a great way of creating sense of place. Then there is the Stage Center, which is now in need of being saved. Find some funds to restore the Stage Center, and that can now be included as an institution in this new super-park. Also, I would remind people that the Myriad Gardens were never finished in the first place, and there are many other things that could still go in (like that desert biome, for example). Then last but not least in this regard is the Arts Festival. We could have the opportunity to create special-tailored park areas to suit this incredible local asset, our annual arts festival, among the nation's largest arts festivals.

I also just like the way a park fits in here a lot better. On the NORTH side of the boulevard. The school is nearby. The new district where the Cox Center currently is, the new transit hub just on the other side of tihs. Major mixed-use retail development opportunities elsewhere along the boulevard. This is a MAPS3 impact area that totally revolutionizes the area is currently downtown's most under-performing.

I also agree totally with the idea that development still needs to stretch to the RIVER at some point soon. That does need to be connected. But I think we can do that better with a system of pocket parks and LIGHT RAIL to encourage development down there. If we chose to also use some of the M3 park funds for new "pocket parks" in addition to the new super-park, we can stretch more of this around to other areas of the urban core.
Posted by NR at 11:09 PM

I believe the park in Chicago only cost $500 million dollars which is considerably more than the current budget for CR2SR.