Please, no "180" monkey wrench for streetcars 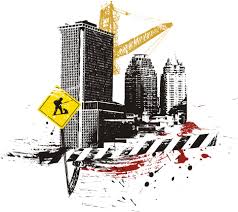 My latest concern about the stewardship of the voter-approved MAPS sales tax is the lack of urgency from COTPA and Alternatives Analysis in coming out with the streetcar route. The streetcar will probably end up being the second MAPS 3 project after the park, and if I had my druthers the streetcar would be first but I'm nobody. I will say that not putting the streetcar project first in succession will hurt the streetcar project more than it would hurt any other project, and we're talking about the issue that carried ballot and had the highest voter favorability. The streetcar needs to be the priority of MAPS 3 because voters simply did not respond as positively to the Core2Shore stuff, particularly the convention center. If they were separately voted on, streetcar might have been the only high-dollar initiative that passed, and as much as City Hall wants to pretend this was not the case, it should translate into leverage for streetcar backers. That alone is concerning.

What is most concerning however is that there seems to be no effort to publicly cooperate with the Project 180 construction, which could lead to the biggest fear of anyone looking for transparency, private cooperation. Let me rank in order the best outcomes for cooperation between MAPS streetcars and Project 180:

Let me explain: I am afraid that COTPA's "Let's Talk Transit" and all their alleged due-diligence could be a complete farce if they don't come out with something soon. There will be major cost savings if they can figure out where the streetcar is going to go, and that's just obvious. What's less obvious is who's to say they don't know that? I would not be surprised if they don't decide to just let the city engineers behind Project 180 make the route decisions and then circle the wagon later by saying, "Well, we just didn't plan around it soon enough, because this is how the roads got built. Shucks, now we gotta put the route through here." Or however COTPA/MAPS 3 would come out and say that (probably by saying something to maintain more public confidence than "shucks" would).

There are private citizens backing this who are confident they will get the best route, and they're confident that they will be able to find common ground with COTPA and City Hall in getting a comprehensive streetcar system that pleases everyone, all the stakeholders involved. But one way COTPA can usurp the give and take process is if they use Project 180 to tie their own hands. For example: Most everyone wants Sheridan to be a transit corridor but it is impossible to lay tracks going one direction (I think west bound) down Sheridan because of the utilities underneath that side of the road. So that will not be in the route, whereas going the other way down Sheridan will work, so far as we know now. I don't think COTPA is manipulative so much as they're just a typical dumb government agency, but it is plain to see how this could throw a wrench in the planning phase. With its effect on the streetcar route, the people in charge of deciding where utilities will be buried NEED to have a talk with the streetcar route planners.

COTPA has had MORE than enough time to plan this route. They got a ton of feedback and surely it doesn't take them this long to figure out how to go against all of it. I also realize that ACOG is still doing the transit hub study. That was began at the beginning of this year, and I think COTPA is capable of talking to ACOG. I mean, they office in the exact same building (I think).

I would honestly rather there be no planning coincide between the two if it's not completely public, and have a transparent process where we get the best streetcar route even if a mistake is made and it ends up costing a few more million dollars. I'm not saying that this is what I think is happening or someone has told me something that has me jumping to a conclusion, because that has not happened. What has happened is everything you see in the news since the measure passed at the ballot box by a good margin. I just haven't seen a whole lot since then that has bolstered my confidence in this process, and over my lifespan COTPA hasn't exactly earned a great deal of good will either, and my pessimism and relentless over this is, in my opinion, entirely warranted until MAPS 3 gives more hope for transparency and COTPA gives more hope for competence.

As bad as COTPA has been throughout the last 10 years, let's face it. They're a helluva lot better than the city engineers behind Project 180..the people who refuse to let go of E.K. Gaylord (despite the Chamber's offer to "fix it" for us) and the NE 2nd Street "Sidewalkgate." I have absolutely no confidence in the ability of them to get it right, and at least COTPA is using consultants who vaguely know what this urbanism thingy is about.
Posted by NR at 6:39 PM