"Pathway Development Company, LLC, is building a unique and stunning $120 million, 2.4-acre development called The West Edge near Kansas City's Country Club Plaza. Set to be completed in early 2008, the mixed-use urban development can best be described as a "hillside village" of cascading structures which will house a variety of retail and commercial units, as well as a 131-room boutique hotel. A portion of the 203,000 square feet of leasable office space will become home to Bernstein-Rein Advertising, Inc." 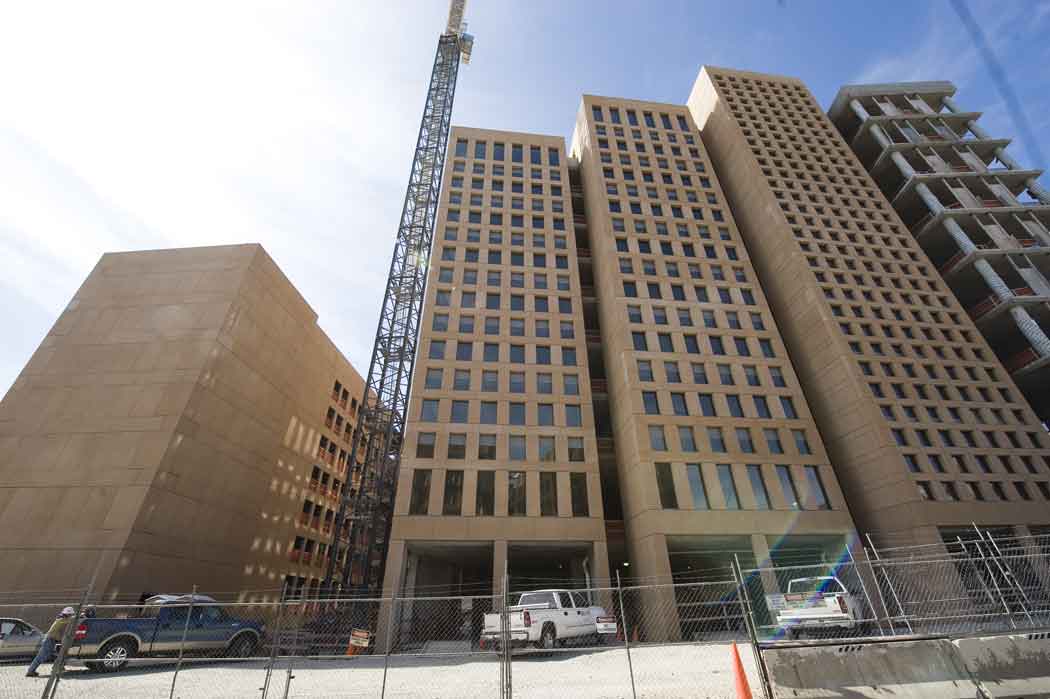 This development looks like a U.S. Embassy complex in some warring African nation like the Congo. It's kind of difficult to have a development with no setback from the street that is not pedestrian friendly, but they have somehow managed just that. Add to the trouble that the developers went bankrupt over this hideous project in KC's Country Club Plaza and now it's an abandoned construction site, a similar fate shared by The Hill in Deep Deuce. Kansas Citians in general seem pretty upset about this project.

Just because a project is expensive and has flashy renderings does not make it a good project, nor does it make it a positive project. Believe it or not, sometimes what developers propose is a bad idea and they need to be stopped for their own good. Sometimes what they propose to do is such a bad idea it will cause great detriment to the surrounding environs as well.

This is something we need to realize about the nature of development. Sometimes we gotta OPPOSE what they PROPOSE.
Posted by NR at 2:19 PM

I'm not arguing with your overall thought here.
But ... The Hill is not an abandoned construction site. Construction has resumed on the remaining pads, though it's difficult to say whether the development will be built to the scale that was planned.

That's shocking that construction has resumed again. That means that Canfield must have attracted new investors, paid off all of the liens that there used to be, and miraculously convinced contractors to trust him again.

That still doesn't mean he's going to sell overpriced kitsch-style "urban" living units. Because it's a phased development, that means it lives to see another day. This project is doomed eventually.

Hopefully OCURA has learned their lesson about economics. I know I have learned lessons just by watching this fiasco unfold. I used to agree that we need to start from the top down in order to maximize potential. In reality it never works that way.